According to an American study published in Human Performance , conducted in fire stations by researchers at Cornell University in the United States, taking a lunch break with colleagues would be beneficial for performance at work. 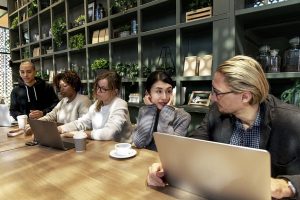 Is having company restaurants, canteens, a common space where employees can meet and have lunch together beneficial ? About fifty firefighters, being the majority of the time at the barracks, were interviewed and followed for more than a year, in 50 barracks in a large city. 395 supervisors had to note the performance of their teams , as well as the frequency of common meals during a work week. 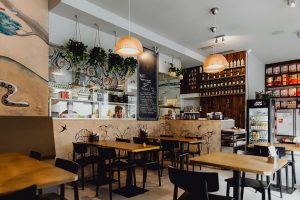 Eating together has always been considered an important social link (to share, get to know others…). It is adopted at work. More than 60% of French employees eat lunch with their colleagues , generally in the break room (26%) or in the company restaurant (21%). The others opt for the restaurant or their home.

For the firefighters interviewed, having lunch together is an important part of the day . It might almost be disrespectful to miss him, as much as to miss a meal with his family. Some people sometimes even dine twice: once at home, once with the team! This proves the importance of forming a group and that common spaces in companies should not be neglected . Indeed, they make it possible to get along better in order to collaborate better . Also, the survey carried out shows that eating together makes it possible to form a more efficient team: more efficiency and solidarity.. The highest rated firefighters are among those who share their meals with others. On the contrary, those who tend to eat their meals alone seem less effective.

This site features articles that are interesting and some entertaining for its readers. You can help us grow by simply sharing your views about these articles by writing comments or suggestions below each post so we could improve our works in the future.